“In my efforts to help patients get the right telephone, television, doorbell etc. to suit their hearing loss, I thought I’d give some advice here. Not only on consumer items for the hard-of-hearing, but also some others too.”

Most flatscreen TVs bought over 6 years ago had pretty poor speakers in them. So if you are having difficulty hearing the TV, here are some pointers. 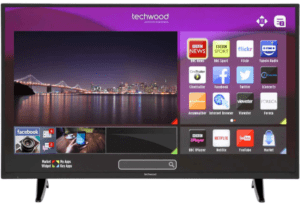 Techwood is a perfectly good brand available online from AO.com. For only £299 you can get a 43″ Smart TV with 4K definition. So changing your TV is not really a problem or an expensive purchase at all.

An emergency phone with pendant: Geemarc 295 SOS, around £130

We recommend you change your landline telephone every 2 years.
We also have an information sheet on how you should use your telephone with hearing aids.

Don’t buy their hand held one – it’s too heavy!
The Black and Decker 18v Flexi is our choice. We have bought 7 of these for our home and businesses. This should cost around £75.

A steamer is a great gadget for nooks and crannies. The VAX S4 is good enough for the job. Cost £29.99.

If you really want to clean your own windows, the Karcher WV2 Plus is a simple and effective window cleaner (cost around £55). 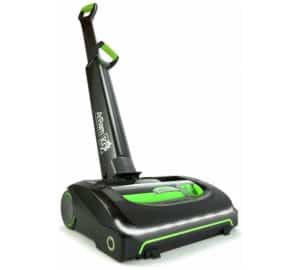 The Black and Decker Flexi PD1820LGB 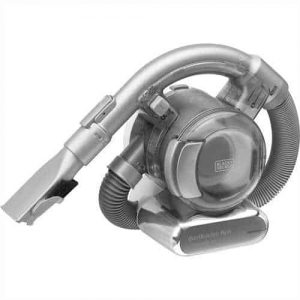 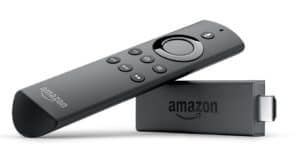 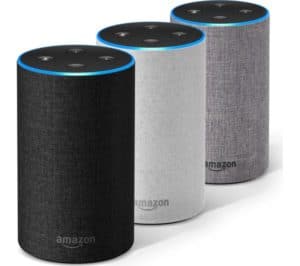 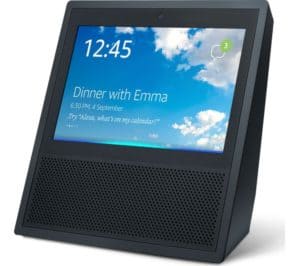 These devices only work if you have a home broadband connection.

The Amazon Fire TV stick with Alexa voice is an amazing gadget that is easy to to set up and costs £39.99 (although it is often available on Amazon for as little as £24.99). It will enable you to watch almost any film by simply speaking into the remote control. You do have to ‘buy’ each film to own it (average cost £6.99), but it is very nice having your own film collection all stored and readily watchable. It saves having to store DVDs and requires very little manual dexterity to use.

The Amazon Echo is another great device. At the time of writing it is £69.99 from Amazon. There are lots of clever things you can do with this, but the main function of interest is the voice commands to play music. That means you can say “Play Dusty Springfield Preacher Man” and that’ll start playing. The functions are very limited unless you subscribe to Amazon Music (cost £79.99 per year).

The Amazon Echo Show is a new device launched in November 2017. It does everything the Echo does but it also has a screen. The interesting function for us is the free WiFi video calls you can make to other family members with an Echo Show. Arguably easier than using Skype through a laptop etc. It normally retails for £199.99 but again can be bought on offer for as little as £129.99.